I took a break from the retrospective On Kawara—Silence to buy a few postcards for friends and family at the gift shop near the top of the Guggenheim’s famous rotunda. As the cashier rang up various pictures of the Frank Lloyd Wright-designed museum’s exterior, I asked him how his day had been. “Just another Sunday at the Guggenheim” was his response.

It is this passive attitude towards time that I think Kawara’s work simultaneously abhors and upholds as necessary to our human experience. The contradiction between the active and passive times in life haunts the entire retrospective.

One of the first sections I encountered as I walked up the rotunda was a series of date paintings, entitled Everyday Meditation. For the first three months of 1970, Kawara painted the date in white against a dark grey background. All of Kawara’s date paintings followed a rule: the entirety of the painting must be done within the scope of that day, or the painting must be destroyed. On some days, he completed two paintings per day, and on March 3, 1970, Kawara managed three paintings. 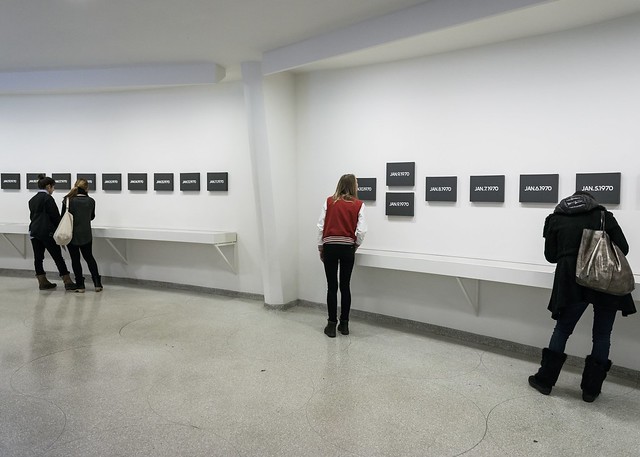 Throughout the exhibition’s textual guides, the Guggenheim’s curatorial staff emphasizes the lack of qualitative data throughout Kawara’s work (we get date, time, place, but no idea of what happened then or there), but Kawara’s qualitative life manages to indirectly creep out of his work. In the maps that make up the amazingly vast series I Went, Kawara traced the path he follows each day on a map. On November 27 and 28, 1969, Kawara crossed the Manhattan Bridge into Brooklyn on the former and returned on the latter. Wherever he went in Brooklyn was outside the scope of the map he chose, so we are left to guess what kept Kawara outside of Manhattan that night. In the incomplete quantitative aspect, the qualitative presents itself, providing a foggy view of Kawara’s life. Small curiosities like this are endless in the many binders full of maps comprising the series. 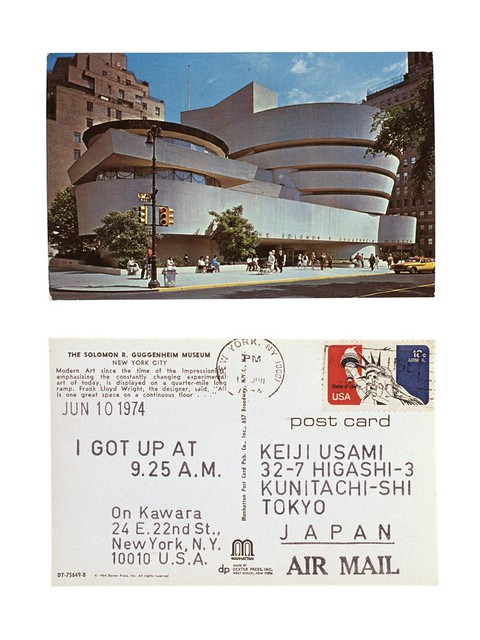 These impossible glimpses of Kawara’s life fascinate me. His oeuvre entices me to search for the artist’s life in each work, and it is almost always present. The curatorial staff points out that the only series that does not show any evidence of the artist’s touch was a series of telegraphs (sent through some intermediary technician), entitled I Am Still Alive. The first telegraphs feature the dark messages: “I AM NOT GOING TO COMMIT SUICIDE DON’T WORRY”; “I AM NOT GOING TO COMMIT SUICIDE WORRY”; and “I AM GOING TO SLEEP FORGET IT.” The rest of the telegraphs are emblazoned with the eponymous message “I AM STILL ALIVE,” as though, without his personally touching the work of art, he needs to remind the recipient of his life. 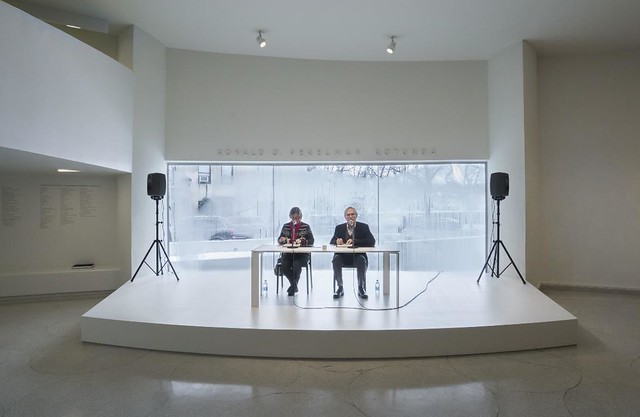 After I returned to the Guggenheim’s lobby, I stopped for a moment to listen to the continuous reading of Kawara’s work One Million Years, in which Kawara typed every year one million years into the past and one million years into the future. Due to the noise of the lobby, I could not quite make out each year that two volunteers alternately recited (we were somewhere in the 700,000’s B.C.), and I thought how sad it was that the missed years, each of which lasts the same amount of time as 2015, were now lost. The reciter actively reads each year, but my passive attention allowed them to fade into nothingness.

On Kawara—Silence runs through May 3, 2015 at the Solomon R. Guggenheim Museum in New York City. For more information, visit the Guggenheim’s website.